The suburbs or the city? 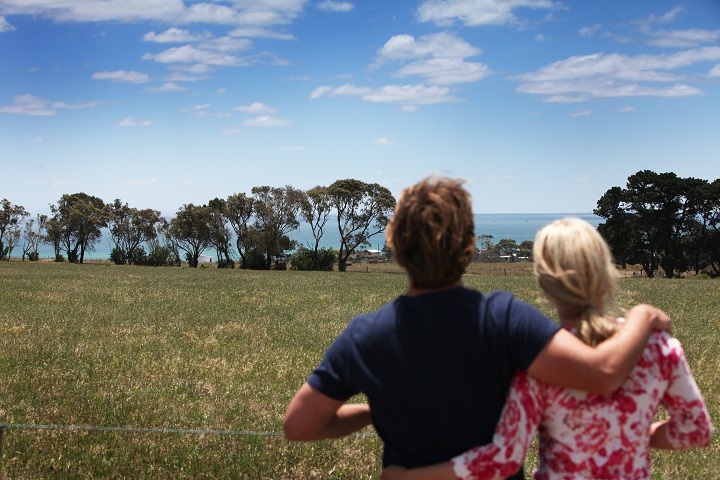 Fancy yourself a city snob who’d never be caught dead in the suburbs? Or maybe you’re a country bumpkin who hates the city smoke and wouldn’t dare venture from the warm and cosy crevice of the burb you call your own? This article could just change your world (it probably won’t, but it could depending on how impressionable you are and what’s going on with you right now).

Regardless of which category you fall into (you mightn’t fall into either), this article offers few answers.

I exaggerated, the average home in the suburbs costs more than $3.70. So shoot me! Alas I think you and I both know what I was going for – suburbs are cheaper than the city housing-wise. If you were to nab yourself a new home in Kalkallo (about an hour north of Melbourne COB), you’re looking at a significantly cheaper home than the heady price you’d pay to buy in Melbourne’s leafy Toorak streets.

Sure the city has ‘community’ but that ain’t nothing compared to the vibes of actual suburban community – lemonade stands, BBQs in backyards and endless serenity (did your mind just go to The Castle too?) are each unique gems found only in the burbs. Plus, stacks of new communities (like the upcoming developments in areas of significant growth) boast a host of upcoming amenities like schools, sporting facilities and transport links, which makes the allure of living a little out of a town a whole lot stronger.

It’s true, the burbs are the burbs for a reason, that reason being, they aren’t the city. What they are however, is affordable and packed with promise. If you don’t mind a commute however, this option is pretty perfect.

Close to stuff and good if you like to party

If you like to party, you’ll love the city – it’s bursting with vibes of all sorts for all styles. There are also stronger music, foodie and fitness scenes so if there’s a niche you adore that are hard pressed to fully immerse yourself in living in the suburbs, then the city may just be your bag. Also, if you’re a white-collar worker, you’ll find more luck finding work in the city.

Greater population = more chances at finding ‘the one’

A denser population makes for greater chances of meeting ‘the one’, be that in a trendy café in grungy Brunswick or outside the Opera House for Sydney dwellers. Okay so that may not be strictly true - the author of this article did not do maths past year 10 - BUT it seems about right. Hop to it lovebirds.

If you don’t like 'tude, you sure as Sebastian ain't gonna like them city types. Yes this is a massive generalisation, but it's a common line of thinking that people from the city operate on a different wavelength from our 'lax' country counterparts. Also it's loud - have you ever been in the city and not heard a siren of some description? Of course you haven't, because a greater population density means that more things go wrong (this supports simple love-maths from earlier in article). If you can't handle the go-go-go, stick to the sticks.

You’ll probably have to rent for 1000 years

It’s expensive! If renting isn’t a bother, then no stress, however if you don’t have access to a money tree/pool or your mum and dad’s bank account, then this option isn’t always sustainable. Looking at how much you spend on rent per year is a daunting thing, and while many pay it to live where they want to, a saavy investor would move towards buying property a little further out instead.

Feeling more lost than Simba when he was deciding if he should be King or not? That's okay. The best way to figure out what'll suit you best is to chat to a Burbank New Home Consultant, who will offer great advice, assess your situation and ensure you make the right decision for your family.

Keen to read some related articles? Why not head to our recent blogto read about buying established vs buying a home and land package, or maybe you want to read 5 tips to finding the perfect home!